Management of service contracts is an application that facilitates the contracts that you have with your customers.

It is a management information system that integrates and manages many of the aspects which are necessary for the management of service contracts agreed with its clients. It allows controlling the entire process in contract management.

However, a managing contract usually decreases costs, and save time and resources. And it facilitates the commercial relationship inside and outside of the company.

This is the reason why a technological solution for managing the contract is a key tool to automate the process of creation, execution and management of this important asset for your company. 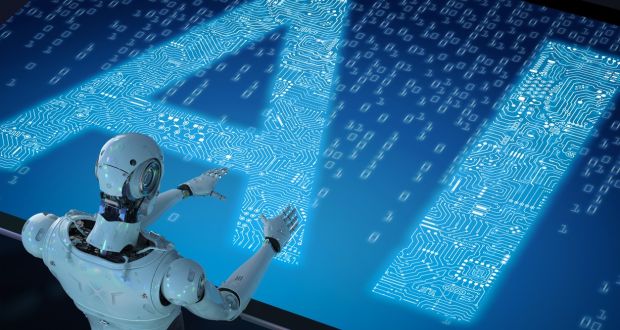 IA will mark both, the development of trends in mobile applications and the boom of their capabilities. Through the use of advanced analysis techniques, cognitive interfaces within complex systems and machine learning techniques, AI will provide powerful ideas that users have never seen before. Due to these advances, the big players like Google, IBM, eBay and Facebook have started to acquire some expert startups in Artificial Intelligence.

Augmented reality applications are already in use and will be in the limelight. These apps will be mainly oriented to games and simulators. Pokemon Go, iOnRoad, Sky Siege and myNav are some brilliant examples of Artificial Reality. Dominating the App Store, these mobile games prove that AR has a great potential to influence app trends.

Security continues to be the main concern for developers due to the amount of personal information it stores. The overall growth of the industry, billions of users, third-party SDKs everywhere and the vast number of user information saved by companies make huge security concerns for mobile app developers across the world.

The mobile devices have become more complex and powerful. Now many users don’t want to install gigabyte applications on their devices. Cloud-based apps have reinterpreted the entire hierarchy of storage in mobile devices. Through cloud computing, the user can install a small app that is connected to the cloud where all data is accessible.

The Internet of Things is shaping the future trends of mobile apps so that users can handle smart tools. Analysts predict a major change in IoT. There are already apps available that allow users to manage different things from Smartphones and other digital devices. Therefore, the development of apps focused on IoT will be a clear trend.

Amazon Web Services, the cloud Infrastructure as a Service arm of Amazon.com, was propelled with little ballyhoo as a side business for Amazon.com. Today, it’s an exceptionally fruitful organization in its own right, riding an amazing $10 billion run rate.

Indeed, as indicated by information from Synergy Research, in the decade since its dispatch, AWS has developed into the best cloud framework organization on the planet, collecting more than 30 percent of the market. That is more than its three nearest matches – Microsoft, IBM and Google – joined (and by a reasonable edge).

Amazon Web Services (AWS) was propelled by the web based business monster Amazon in 2006, and in a little more than ten years it has gone ahead to change the IT business in a time of broad distributed computing.

Investigator gauges put AWS ‘s piece of the pie for cloud framework as-a-benefit (IaaS) remains at 33.8 percent, while its three greatest rivals: Microsoft Azure, Google Cloud and IBM have a joined piece of the pie of 30.8 percent, as indicated by experts at Canalys. Not awful for an organization that was once viewed as a ‘hazardous wager’ for the retail monster.

In any case, Microsoft and Google have expanded their emphasis on open cloud lately, and introduce a huge danger to AWS as substantial organizations consider how to move more workloads out of the server farm. This is all while many foresee that cloud take-up is still truly in its early stages. Gartner, for one, predicts the overall IaaS market to develop to $71.5 billion by 2020, so there is a lot of market to go around.

What you may not know is that the roots for the possibility of AWS backpedal to the 2000 time allotment when Amazon was a far unexpected organization in comparison to it is today – essentially an internet business organization battling with scale issues. Those issues constrained the organization to construct some strong interior frameworks to manage the hyper development it was encountering – and that established the framework for what might move toward becoming AWS.

Talking as of late at an occasion in Washington, DC, AWS CEO Andy Jassy, who has been there from the earliest starting point, clarified how these center frameworks created out of need over a three-year time span starting in 2000, and, before they knew it, with no genuine arranging, they had the makings of a business that would move toward becoming AWS.